On August 2nd, we held our B2B private marketing event, Bigbeat LIVE. The theme of our 3rd event hosted by an advertising and marketing agency was “Go for it!” and marketers from all over Japan gathered in Tokyo for the event.

After having talked about “Creating Custom Success”, this time we want to share with you a report on the 2nd Stage hosted by Takumi Ozawa of Adobe Systems Co., Ltd.

The main theme of this session was “Organizations change with Empathy”.
In the first half of the session we heard Mr. Ozawa's greeting speech, followed by presentations from Asahi Katayama, from EN World Japan, and Kei Tanaka, from freee Ltd.

Be an empathy change leader 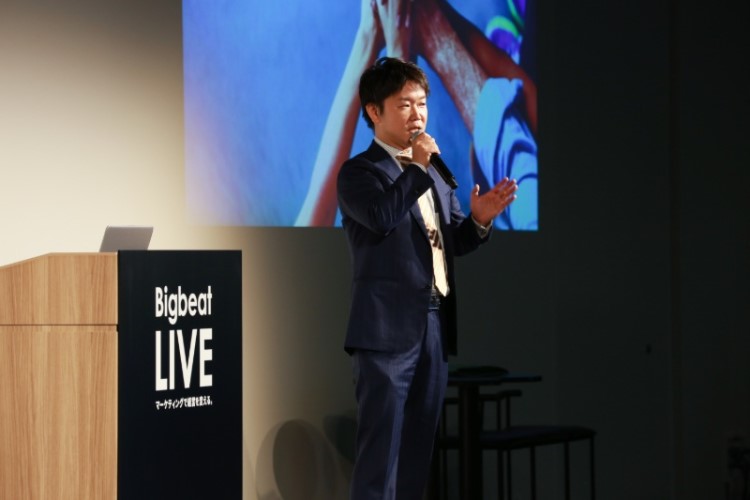 The 2nd stage began with a greeting from our host, Mr.Ozawa.

At the age of 3, Mr. Ozawa began to play violin, which led him to study abroad at Barklee College of Music, in Los Angeles. Unfortunately, due to his father's heath condition, he was forced to come back to Japan, where he started to work as Sound Designer at MTI. After this, he worked for DeNA, as member of the team that worked on the “Kaitou Royale” project, a popular video game in Japan. In 2010, he joined Adobe System Co.,Ltd. Currently, he is the Senior Director of the Adobe Customer Solutions Headquarters.

Adobe has transformed the sales models of creative products and the customers engagement styles from “package models” into “subscription models”. Involved in the marketing process of a product that was previously expanded using the subscription business model (now called “Adobe Experience Cloud”), Mr. Ozawa, who has always tried to promote transformation, said that initially there was a great resistance, especially in changing the attitude and the system of the Customer Success Management Department.

What Mr. Ozawa understood through this experience is that “people do not work just with empathy”. Mr. Ozawa explained that the following hypothesis was made from the mechanism of empathy from Herzberg's motivation-hygiene theory (also known as two-factors theory). 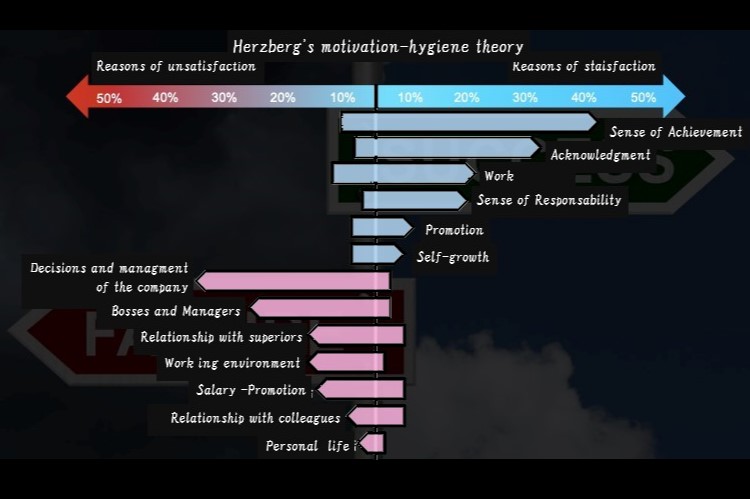 Mr. Ozawa explained, “There are essentially two origins of satisfaction: the first is 'getting a sense of accomplishment'; the second is 'acknowledgment'”. Without those, you will not feel a sense of satisfied. On the other hand, dissatisfaction is caused by 'the decisions and the management of a company'. For instance, in communication between two people, the sense of accomplishment is reached when the listener chimes in and listen to the speaker’s story with respect. In this way, the speaker recognizes that the story has been understood and approved by the listener. This system leads to satisfaction and empathy between the two people, right?”

Mr. Ozawa continued, “People don’t move with strategies, frameworks and tools. So, how can marketers orchestrate things and move them, while involving people, through empathy? The main characters on this stage, today, won’t be the following 3 people. You are here today, not as a mere audience, but with the will to be “empathy change leaders”. “YOU ARE IN”. Let’s try together to think about changing organizations through empathy”.

These words opened the 2nd Stage. 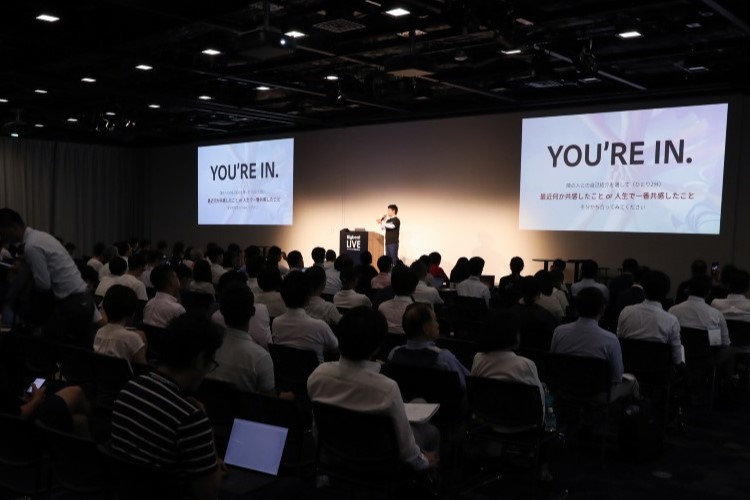 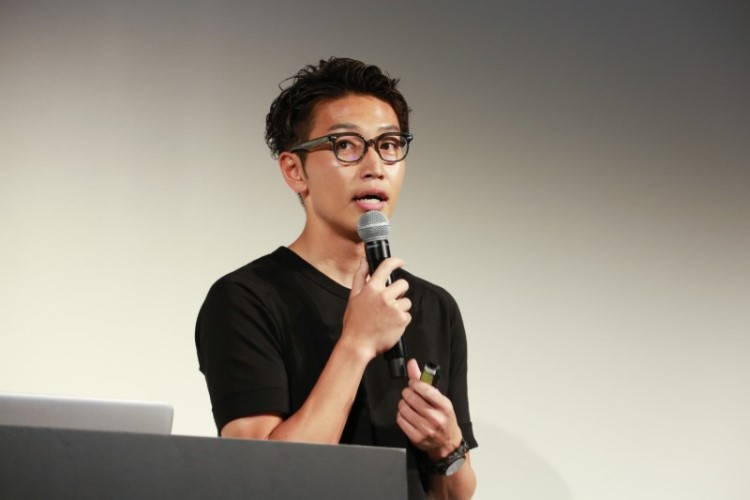 The first speech of the 2nd Stage was by Asahi Katayama, Customer Success Specialist at EN World Japan, a famous recruiting company.

Asahi Katayama`s Profile
Mr. Katayama has been working at EN World Japan since 2017, after being in charge of the sales for a mobile phone reseller. The decision to change his job was moved by the desire to “be involved in the Marketing process”. While spending days on trials and mistakes in the Marketing department, he first came across “Customer Success” during an event hosted by Bigbeat. After that, he talked directly with the president of his company and started a new project as a customer success specialist: a support team for new recruits.

During his speech, Mr. Katayama explained that, since his transfer to En World Japan, he has been consistantly doing 3 key things, which led him to establish a customer success team in his company.

1.    Building a personal network inside the company
2.    Self-branding
3.    Learning outside benchmarks

Let’s explain them one by one.

1.    Building a network inside the company
EN World Japan has always be a company focused on business. As a consequence, Mr. Katayama has always thought that business relationships are very important and, in order to build them, he keeps finding contacts and inviting people to lunch. In particulare, having lunch together with people has a lot of merits. For example, you can share useful information with eachother, as well as introduce eachother to new and interesting people.

“The result is that you are recognized inside the company. You are now able to identify the keypersons or obtain information from businesspeople outside your daily circle. I have definitly gotten results”, explained Mr. Katayama. 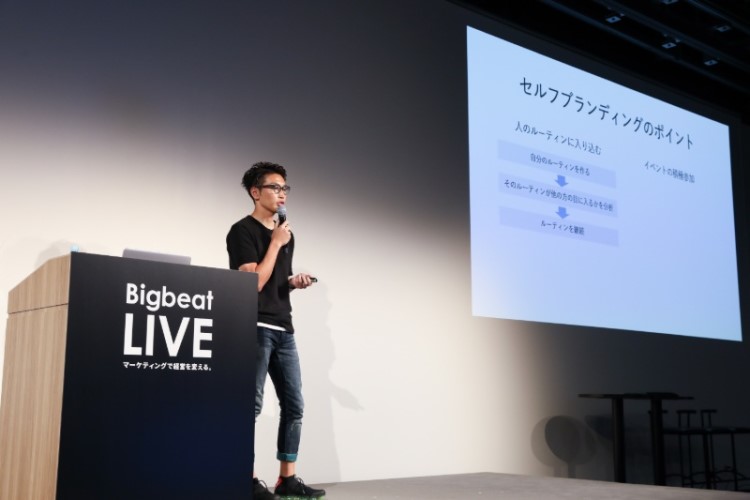 2.    Self-branding
Mr. Katayama loves learning new things, and surfing the net is one of his main hobbies. He gets up early in morning and arrives to work around 7.30 a.m. Every morning, always sitting in the same chair, he studies for an hour and a half before his work day starts. People started to recognize him and  would always ask each other if that person is the one who has just joined the Marketing department. However, he steadily continues his routine.

In addition, Mr. Katayama also likes sports and he joins all the events which he is invited to. He not only tries to activily participate in fun activities, but tries to manage them when possible. In this way, your network will expand even further.

3.    Learning outside benchmarks
Mr. Katayama confessed that he was inspired by various people when he attended Bigbeat LIVE event last year, without being fully convinced that he was really a marketer.

But he learned that it is important to produce output from all the input received during such events.

He was so impressed by Bigbeat LIVE last year that he began to self-mentor himself.

To better understand his system, read the below mentor list from Mr. Katayama's presentation.

Don't you think that great marketers not only follow online trends, but also think about how to find themselves and their final goal? 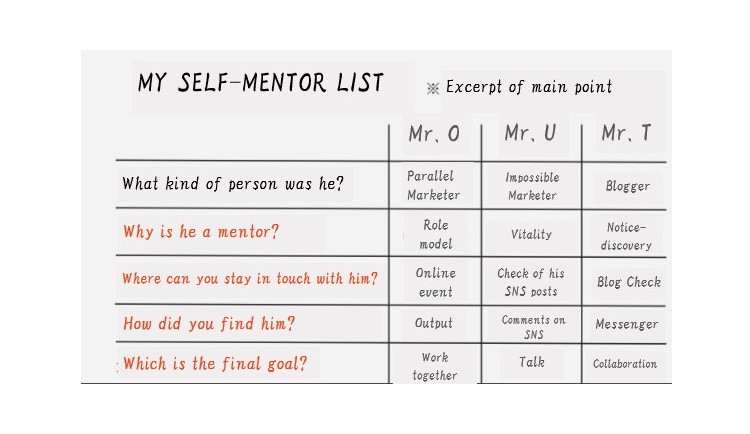 Mr. Katayama continued by telling what led him to creating a Customer Success Team.

First of all, Mr. Katayama decided to analyze the current status of marketing and to support the recruitment industry.

He realized that, in the human resources industry, mass advertisement has become a mainstream method for attracting potential customers. However, he doubted that it could be the best way to attract business. Moreover, he thought that the activities customers do after they change jobs is important and that more effort from companies would be necessary.

Mr. Katayama has always believed that “enabling success division”, which provides continuous support for customers after they join a new company, may transform the recruiting agency into the ideal organization. So, he decided to present this idea to the president of en world and the customer success project was eventually launched.

“I think that the most important thing to create empathy is to show that your are doing what you can”. With this message, Mr. Katayama finished his speech.

Mr. Katayama’s Message
"It is important to keep doing what you can do, without delay. I think that daily routines have something to do with “goals”. Start from small thing and grow one step at a time!"

Mr. Tanaka – The path to empathy inside and outside the company 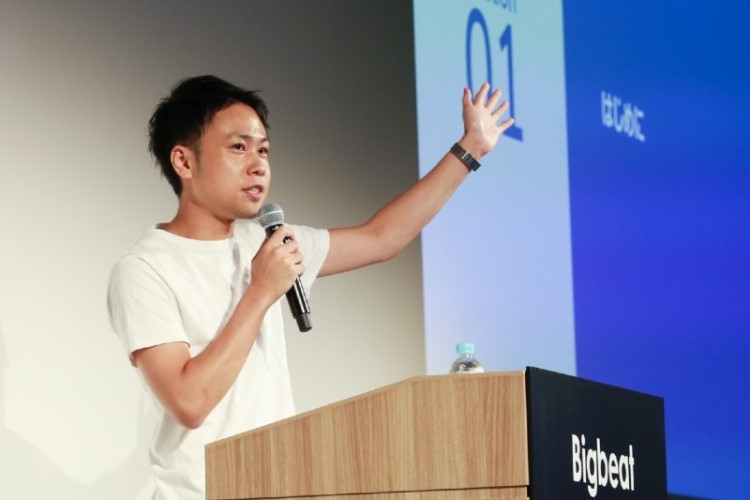 Kei Tanaka’s profile
Mr. Tanaka was hired as a Sales Manager in a recruiting company after university. He changed his job to enter in a Medical Corporation, as responsible of Event organization and management for local people. In 2018, he was hired at freee Ltd, and he was asked to join a new project: Creating a community for accountants. Currently, he is playing a great role in community management and its expansion.

However, “as a community is not a measure you get directly, it is difficult for a company to understand”. Mr. Tanaka explained that, from the beginning, his project was not an easy task, and he also had to face a crisis of investments (and the team's dissolution). How was Mr. Tanaka able to create empathy while getting involved in these issues? The answer lead in concrete initiatives, both inside and outside the company.

1.    Self-introduction
As soon as he was hired at freee Ltd., Mr. Tanaka started to use this kind of system. As a prospective Community Leader, he had to start from the very beginning. For instance, he had to introduce high-loyalties users or ask people from sales and customer success teams for their cooperation. Mr. Tanaka explained that he went to visit and talk personally to each person involved, and he was used to give a feedback to people who had introduced a prospective leader to him.

2.     Sharing progress every day
Mr. Tanaka used the tools provided by the company to share the details of his activity every day. He was not the only one. Indeed, he soon realized that his colleagues, who participated to the meetings with community leaders, began to share their very positive feedback.

3.     Doing fun work
Mr. Tanaka is currently managing a community in a team of 2 people. When he asks the other teams the reason why they are giving support to the community, they always answer that “the meetings are fun and interesting”.

4.    Gadgets (Logo Stickers, Towel muffler)
“When we create gadgets, we involve other teams too. In this way, we expand the circle of the community. The first was the president, but now almost everyone in the office has put a logo sticker on his/her pc”. By this example, Mr. Tanaka explained the importance of creating gadgets as a tool for promotion and involvement of the community. 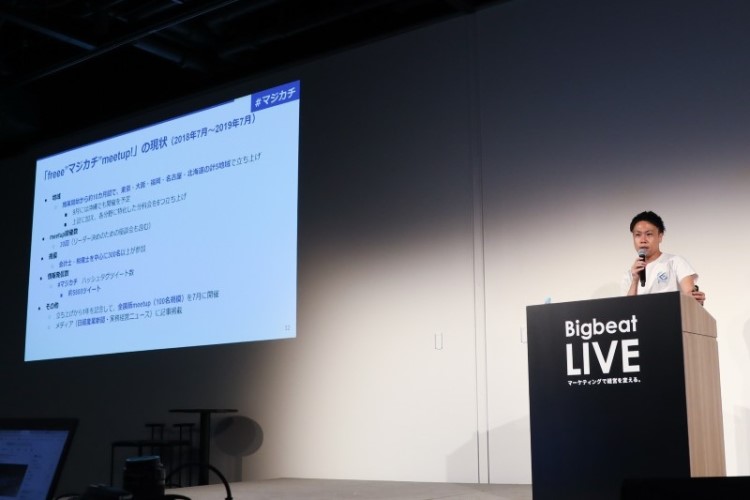 1.    Go and meet people in person
When you meet for the first time with potential Community Leaders, even local ones, always go and meet them in person. You can more easily communicate your vision and enthusiasm to them in person.

2.    Share your vision and goals
According to Mr. Tanaka, two things are essential the community creation process: the reason of the community (in Mr. Tanaka’s case a cool and strong movement for the accounting industry) and its vision.

Also, before starting  a community, it is very important to define which kind of community you want to create.

3.    Act together with your team
After having met potential community leaders, share your opinions with your teammates and choose the right person for the role together.

4.    Creating gadgets
Creating a gadget, like a high-quality and embroider T-shirt, for the leaders, raises their motivation.

In the end, Mr. Tanaka explained that companies, both inside and outside, have “Relevance” and “Direct Communication” in common.

Mr. Tanaka, before leaving the stage, concluded by saying: “looking back at the past, I have realized that there are no tricks or shortcuts in creating strategies to empathize with other people. But, be consistent. I think that constantly keeping doing normal daily things is important”.

Mr. Tanaka’s message
Community marketing is the key to engage with people both inside and outside. I am very thankful to the leaders, because the team alone cannot do everything.

In our next report, we will talk about the presentation from Ms. Reiko Nagafuchi, who is responsible for ABEJA's conference, which had over 5000 attendees, for two years.We will also report on the the panel discussion between our host, Mr. Ozawa, and the 3 speakers. Stay tuned!

You can read the next part here!
Below, you can read another stage reports;