The Challenge of The Japan Financial News Company
Why did they choose an online/physical hybrid event?

Concerned employees within The Japan Financial News Company have recently asked the question: “Even though it is safe to stream an event online, what if a speaker cancels a business trip to give a lecture at a physical event?” In response management also became concerned. Furthermore, the day before the event, the number of people infected with the new novel corona virus (COVID-19) in Tokyo had reached a record high.

The Japan Financial News Company held its first event titled “DBX2020” concerning digital banking from December 17th to 18th, 2020. Furthermore, DBX2020 was a pioneer that operated as a first-of its-kind hybridized fusion “online-physical event”. Bigbeat Inc. also supported the event. And now, once again, we would like to ask,”Why did we dare hold a first-time digital banking-themed event in the form of a hybrid?” Three gentlemen by the names of Mr. Nao Kawai, Mr. Katsuo Ando, and Mr. Takahiro Yamazaki of Japan Financial News Company answered. 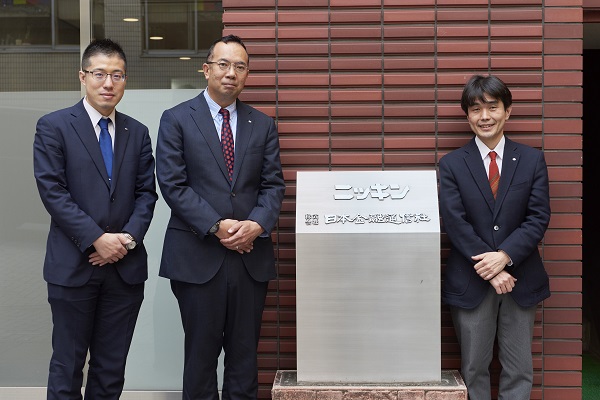 The Japan Financial News (Nikkin) is a comprehensive financial newspaper company established in 1955 with the vision that “financial institutions develop together with the general public”. “Nikkin” provides the latest information on monetary policy, new initiatives, and success stories of financial institutions in the weekly newspaper to its main readers such as banks, credit unions, life insurance companies, securities companies etc. all across the country. Mr. Nao Kawai, General Manager of the International Affairs Office of Japan Financial News Company, explains, “Our mission is to contribute to the financial industry by promptly communicating the future direction, suggesting preparations for the future.”

In addition to providing information on newspaper, we also hold seminars and events to report on the latest trends and IT information useful to the financial industry. For example, FIT(Financial Information Technology), which started in 2000 is one such event.

Mr. Katsuo Ando of Business Development Department 2 of the company explains the reason for holding FIT as follows: 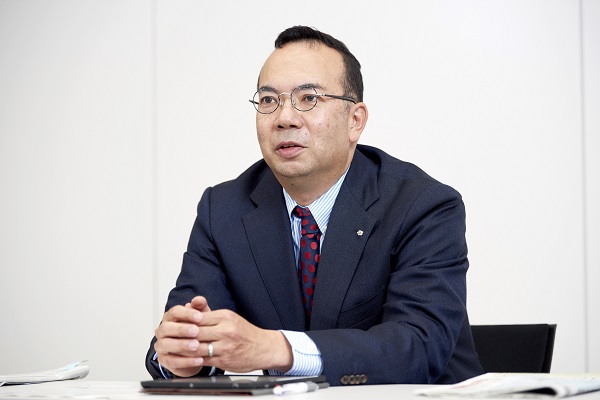 
“During the IT bubble, IT exhibitions for financial institutions were held, however most of them were hardware exhibitions. Eventually there were many calls from the industry for more information on IT financial software, now called FinTech. We then were able to find a way to hold “financial IT-specialized events” and showcase a financial IT exhibition of software.

Nikkin’s strength is that it receives a direct response by inviting financial institutions to come directly to the venue. Even before the event is held, potential visitors are approached via “direct marketing” in order to receive honest reactions through directly approaching financial institutions and calling potential visitors. This feedback leads to greater exhibitor/visitor satisfaction and aids in future event planning.

FIT, which started in this way, has celebrated 20 years of success since it was first held, fast becoming a huge event boasting more than 20,000 visitors over 2 days. However, on the other hand, new issues have emerged.

FIT, as the name “financial IT” implies, covers all areas of financial business. Although there are economies of scale at play, there is also the aspect that each theme is diminished.

On the other hand, the topic that is currently shaking the financial industry is digital banking. Mr. Kawai, who is analyzing the overseas digital banking market situation, mentioned that,”The difference between Japan and overseas in the field of digital banking is overwhelming. To be honest we are completely behind.”

Between 2000 and 2010 the world’s digital banking efforts accelerated drastically. During this period the Japanese financial industry became what is referred to as “Galapagos” or radically different from the rest of the world. For example, China’s digital banking apps use accumulated big data for personal lending and credit checks. “Whether good or bad, I think the industry needs to think seriously about this topic now that overseas digital banking is about to enter the Japanese market,” says Mr. Kawai.

Nikkin judged that it is “meaningful to hold an event themed as a kind of “specialty store” specializing in digital banking”. It is not just an exhibition, but high-level education for the financial industry, aiming to create opportunities for business negotiations with exhibitors who are actively promoting digital banking. This will lead to further development of the financial industry. That is how DBX2020 worked.

Physical events foster trust through all 5 senses whereas online connects audience regardless of space barriers.

However, as the infection rates of COVID-19 spread, all events and entertainment were cancelled one after the other. FIT also switched to being held online. DBX2020 was also forced to change its policy, with the event’s original schedule for July being postponed to December. Originally it was intended to be just a normal event but finally it was decided to run it as a hybrid of an online and physical event.

By 2021 as COVID-19 spread, although the number of cases of hybrid events were increasing, there was a strong sentiment that “physical event is impossible”. So, why did we dare to make it a hybrid?

“I don’t think I could have done it without my beliefs,” recalled Mr. Kawai. “Immediately before the event, I was called by my boss, who after seeing the recent highest number of newly infected people asked, “What if the speaker refuses to travel to Tokyo? Do you want to continue to push forward or hurry and switch to live broadcasting?” We decided it was definitely worth doing a physical event. As a result, we carried it out as a hybrid, the speakers showed up as planned, and Mr. Ando passionately did his best to set everything up.” 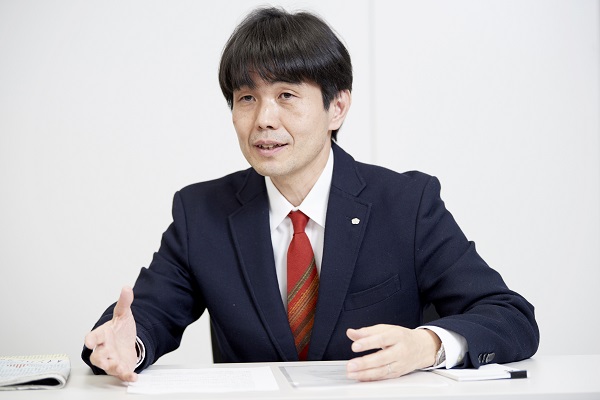 As mentioned previously, Nikkin’s strength lies in encouraging financial institutions to come and see Nikkin’s events and receiving real-time reactions and feedback thereby contributing to the continuous cycle of better event creation. DBX2020 is a themed event concerning “digital banking” that requires careful explanation. An event that must answer the questions: “What exactly is digital banking?” “What kind of efforts are being made by advanced financial institutions?” Listening to a live speaker, experiencing the feeling of being at an exhibition, exchanging business cards, and talking are the best ways to for clients to understand. “There is a connection born from that,” says Ando and despite persisting concerns about cluster infections the “hybrid” concept remained thankfully intact.

There are other advantages of the hybrid-style event. It is possible to approach the whole country without regional boundaries via the power of online. On the day of the event visitors from all across the country from Hokkaido to Okinawa joined.

The entire company is working together to raise awareness of digital banking and hold events.

DBX2020 had a hard time not only with the hybrid style but also in the preparation before the event. The reason is that it took time to "grasp" the idea of digital banking.

Mr. Takahiro Yamazaki, a reporter who was assigned to the 2nd business division, was also involved in the operation of FIT for the fourth year and was in charge of system operation and explanation to exhibitors who applied for participation at DBX2020. He said as follows: 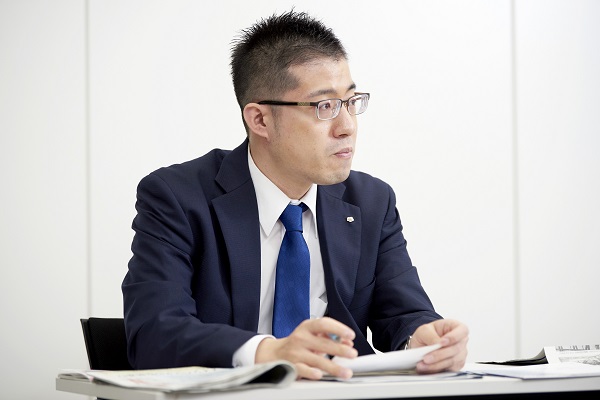 
“In the first place we started with the question, “What is digital banking?” I was in charge of an exhibitor who develops a container that will be a platform for digital banking. I explained that “because of the solid foundation we can release features as soon as new services and financial products come out,” but at first it took some time understand.” Actually the products handled by financial institutions are not clearly different from other banks, so if you want to differentiate yourself, the thing to figure out is “how to efficiently launch new products”. Therefore I continued to explain and educate to myself and others how to achieve that with digital banking.”

The event holders on the Nikkin side also had an idea. By saying that “digital banking is a must” the success or failure of the event depends on how many financial institutions and vendors will attend. Visitors will be disappointed if they do not find out exhibitors or speakers whom they really hope to see.

However, it is not possible to make an in-person visit and strongly call for visitors and exhibitors to physically attend during the COVID-19 pandemic. For this reason that’s why we pushed for further education and exhibitions online via only video and audio, but Mr. Kawai confessed, “Actually, the result for gathering exhibitors and sponsors was bad until the end of summer.” If exhibitors did not gather, it will not be an educational activity.

From the start, we actually had someone with a keen eye from within the company ask, “Is it really okay?” Still, considering the future of the financial industry we were left with the belief that “it makes sense to do it as a hybrid”. Due to the favorable reaction of the participating financial institutions that requested the keynote speech and the high interest from visitors attracted to the exhibitions, in addition to the actions of Mr. Kawai, Mr. Ando, and Mr. Yamazaki an atmosphere of support was born from within the company. Then the company could confidently say that the event was able to be safely held in December. 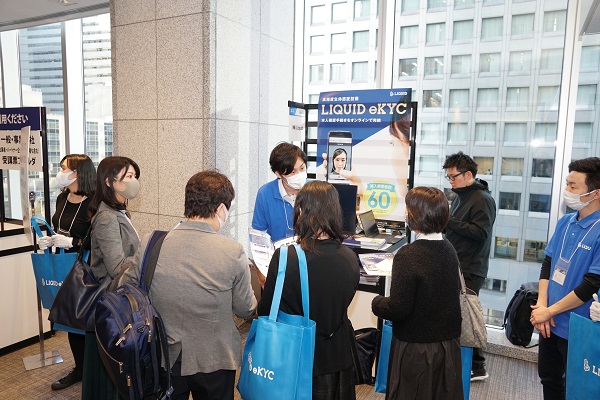 We will have to start again from zero with DBX2022

Mr. Yamazaki, who was in charge of the system side, was worried until just before the event, wondering to himself: “What if there is a situation where participants viewing online cannot see the event due to a system error.” This is especially a concern in the financial industry as old-fashioned web browsers are still mainstream which raised concerns about potential online viewing problems. However, to address this issue, the tried and tested online event platform “KODOU” prepared by Bigbeat in addition to helpful feedback from satisfied users said that there were no connection issues when the event was held. 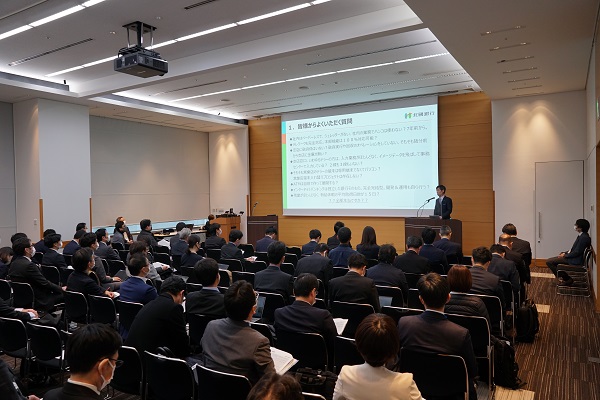 There were 19 exhibitors and group booths. “I’ve heard so many cases where real-life interactions have led to business negotiations,” says Mr. Kawai. In a survey taken after the event, both exhibitors and visitors stated they were highly satisfied, with many people evaluating the lecture as “high quality” and with zero answers suggesting “very dissatisfied”. The number of visitors to the venue was 680 with 2,136 additional visitors joining via online.

However, Mr. Kawai stated that these achievements are proof that: “The future should be looked at from the past.”

The next DBX will be held in 2022. At any given time nobody really knows what is going to happen with COVID-19 or what the financial industry is currently doing. As for the style of this upcoming event we know that, “The hybrid has resulted in satisfaction from both exhibitors and visitors.”

For now Mr. Kawai, Mr. Ando, and Mr. Yamazaki say that this achievement is already in the past and that,”For the future of DBX, we plan to find and elaborate on new themes so that way we can draw new people to the industry from scratch.” Mr. Yamazaki further elaborated by saying, “Nikkin’s strength lies in assessing the details of the site and understanding the needs of both exhibitors and visitors. I want to make the best use of that strength to create a higher experience.” The future of DBX2022 has already begun.


Do you find this article helpful? Want to remember us? Feel free to share!