Japan has always been seen by the world as a technological wonderland. The Covid-19 pandemic has profoundly affected global markets, and consequently Japan’s R&D situation. With a global chip shortage in full swing and demand for new technological gadgets ever rising, many people are spending both work and leisure time more and more at home. This unsurprisingly has caused industry players to pivot dramatically while resetting the goal posts for 2021.

ICT (Information and Communications Technology) is combining with emerging technologies in transformative ways that will fundamentally change the way we live. Imagine a world where download speeds are next to nothing, information analyzed within less than a nanosecond, where food production seamlessly flows from field to table, and artificial intelligence revolutionizes how we interface with our beautiful planet.

Here to make this new world possible, back-end chip manufacturers in Japan are rising to the occasion as semiconductor demand soars globally. These challenges are being overcome right now!

In this article we have listed up the top 5 most popular ICT technologies you have to look out for in Japan 2021!

Japan is the world’s hotspot market for tech innovation and 5G is no exception. According to NTT Docomo in February 2021, in cooperation with an international group of other leading firms, a basic agreement has been signed to establish a consortium to provide 5G solutions paving the way for the future. Though still in its infancy, participating members are hoping to capitalize on several 5G perks such as Enhanced Mobile Broadband (eMBB), Ultra Reliable Low Latency Communications (URLLC), and Massive Machine Type Communications (mMTC). The new technology will be tested in Thailand with commercial services planning to be officially launched in 2022.

Quantum computing is a bold new frontier in terms of digital computing power with particles that represent qubits taking on 0 or 1 valued bits simultaneously. Translating this computing power into a usable technology for practical applications is sadly theoretical at this stage but Japan remains committed to exploring through ambitious R&D programs. In a recent case in point from April, Fujitsu Limited and  RIKEN Center for Quantum Computing has recently opened the RIKEN RQC-Fujitsu Collaboration Center with the goal of researching superconducting quantum computing thru at least March 2025, but it is scheduled to continue after April 2025 as well.

While the immediate benefits of quantum computing may not be apparent, real-world applications in material science, drug discovery, further exploration of physical phenomena, and fundamental scientific theory are just a few ways humanity can benefit. Researchers at Princeton University have stated that keeping the quantum particles, or qubits, “alive” is the challenging part. 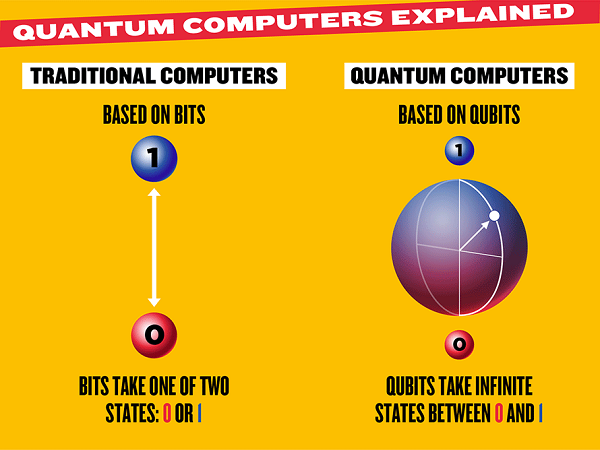 Qubit particles are highly sensitive and can only remain under certain conditions.
https://theday.co.uk/stories/quantum-leap-spells-new-age-of-computing

Hopefully we can take a quantum leap forward, so to speak, through the strides soon to be made by RIKEN, Fujitsu, and global research partners!

With the declining population in Japan with many young people going to large cities for work, ICT companies are taking advantage of labor shortages in the agricultural market in Japan to introduce smart farming technologies. With a food sufficiency rate of rate of only 37% in 2018, Japan will be hard-pressed to achieve its goal of 45% self-sufficiency. This fact is all the more sobering considering that the average age of the Japanese farmer is around 67 years. 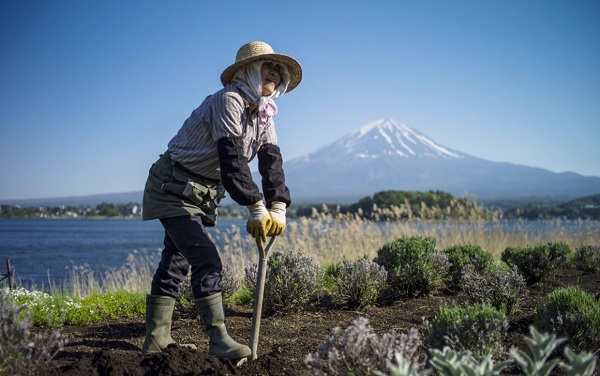 Japan has struggled on account of its rapidly aging farming industry.
https://www.politico.eu/article/fate-of-eu-trade-deal-hangs-on-japans-elderly-farmers/

However despite these challenges, steady agricultural policy reforms have been pushed through since 2016. Furthermore the research and development, as well as the implementation of smart farming technologies and services have shown no signs of slowing down despite the pandemic. In fact, according to a Japan Times article the government estimated that Japan’s organic food market was worth ￥185 billion based on a consumer survey in 2017. Yano Research Institute estimates that the market will expand hopefully to somewhere around ￥196 million in 2022.

Current agricultural policy changes beginning in 2016 have been a driving factor toward innovative strides among ICT companies such as NTT who developed NTT AgriTechnology after receiving government contracts. Their in-house system integrates seamlessly with NTT Smile Energy, Docomo, and other partner companies through shared data on areas such as construction, sensing, environmental control/data analysis on animal behavior, maps and terrain and vegetable sales support. This data is now being used on a government level for WAGRI which is a data connected platform for the Ministry of Agriculture, Forestry, and Fisheries. 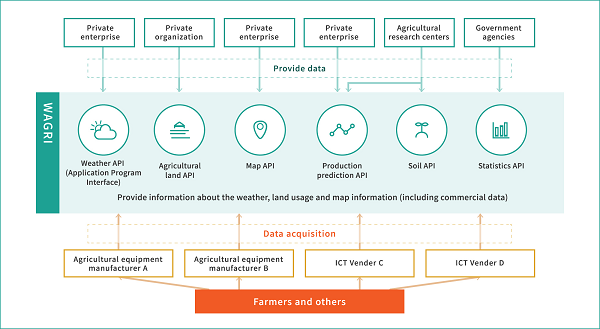 The benefits of WAGRI are twofold. For one, a variety of data is provided and carefully maintained. Secondly this data is then analyzed and coordinated in order to maximize crop yields annually. This data is acquired through cutting-edge API (Application Programming Interfaces) that crunch weather, soil, geographical, and growth prediction data.

As climate change alters the reliability of annual crop yields and adds to abnormal weather patterns smart farming data connected platform technology will be a sound investment. Keep an eye on this exciting technology!

With climate change driving big data analysis, early detection of abnormal weather patterns, and the reimagining of energy infrastructure, artificial intelligence is looking to be an efficient emerging technology in dealing with how to overcome the challenges ahead. As of March 2021, RIKEN, the Research Organization for Information Science and Technology (RIST), and Fujitsu announced the beginning of shared use of an A.I.-driven supercomputer Fugaku. 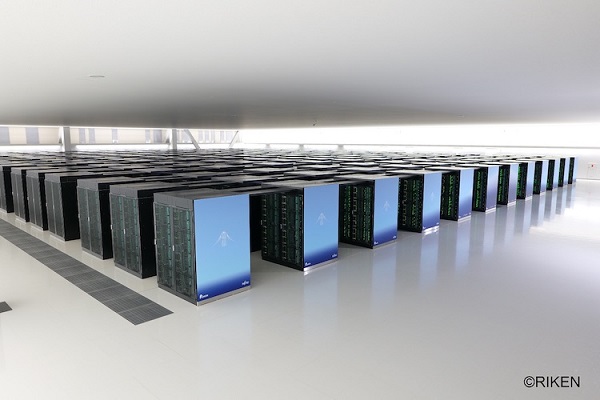 A.I. supercomputers will change how we plan the future.
https://www.frontier-enterprise.com/riken-fujitsu-push-for-practical-use-for-superconducting-quantum-computers/

In the wake of the global COVID-19 pandemic, Fugaku is anticipated to be used for new drug research and development through medical big data analysis as well as run simulations to better anticipate disease and biological risk factors. This will do wonders for the medical field going forward as predicting new health trends will better aid in managing Japan’s aging populations and recent health issues brought on by changing diets.

It is no secret that Japan has struggled to accurately predict large-scale natural disasters in the past. Now with Fugaku there is a chance that weather patterns can be more accurately predicted along with plotting potential evacuation routes via simulation in the event of an earthquake or tsunami. Undoubtedly, if this shows promise it could save countless lives and billions in economic damage once properly managed.

The green energy market in Japan is a sure bet with the government pledging to take Japan carbon neutral by 2050. The good news is that new A.I. supercomputing will also lay the groundwork for the development of next-generation electric vehicles, fuel cells, solar batteries, etc. Google “Japan SDGs” to learn more how Japan has pledged itself to creating a more sustainable future!

Along with technological advancement brought on by the Fourth Industrial Revolution, so too has demand soared for semiconductors.

According to the Japan Times since the beginning of 2021, large automakers have been forced to cut production globally with the sector potentially losing $60 billion in sales as a result.
However, smaller Japanese back-end chip manufacturers are quickly stepping up to meet global demand with shares rising in some cases as much as 78% in some companies. Not only are semiconductors in high demand but also semiconductor testing devices and automation systems for semiconductor testing devices. 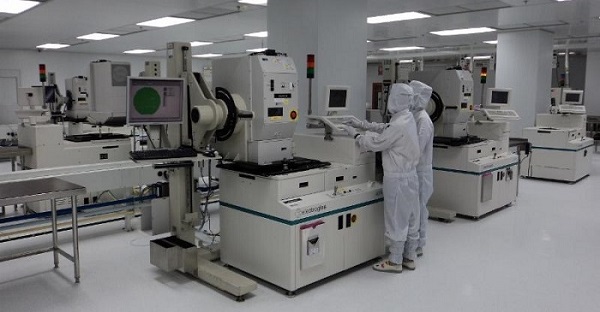 Japan is working to automate the semiconductor process.
https://www.everythingrf.com/News/details/7011-Europe-s-Largest-Semiconductor-Testing-Facility-Recieves-ISO-9001-2015-Certification

As the production process becomes more automated over time via robots the more effective the process will become with minimal risk of human contamination. So far the Japanese COVID vaccination process has been slow, with just 2% of the overall population actually vaccinated. With this in mind, this is a good investment in keeping onsite staff numbers low to avoid the possible spread of infection!

2021 has the potential be a year unlike any other, and many companies still find themselves reeling from the shock brought on in 2020. Our list of top 5 most popular ICT technologies in Japan for 2021 reflects that, despite the global pandemic, potential opportunities to succeed in game-changing industries is still very much alive.

As the effects of the Fourth Industrial Revolution continue to be felt within Japan’s tech market, its effects are projected to irrevocably transform the modern business landscape; furthermore, Japan has an excellent opportunity to get back on its feet with its ambitious projects as well as filling the gaps in the global chip market. Time will tell how successfully these emerging technologies can be integrated into Japanese society. But one thing remains certain- the future is now.

Bigbeat Inc. helps foreign businesses aiming to enter the Japanese market. If you need detailed information or assistance in participating in an event in Japan or for organizing your own event, please do not hesitate to contact us using the contact form here!