Is B2B marketing in Japan conservative and closed?

More than two years have passed since the Covid-19 disaster, and remote work and online events have become a part of life in Japan. So, is Japanese B2B marketing keeping up with these changes?

To answer this is why we invited Neal Schaffer, President of PDCA Social, to join our CEO, Yutaka Hamaguchi, for a discussion. Neal is a skilled digital marketer from California, U.S.A. He is the author of "The Age of Influence”. He is a professional in digital marketing utilizing social media, especially influencer marketing, and is also an influencer with over 200,000 followers on his Twitter account. He has 15 years of experience and achievements in sales and marketing at Japanese B2B companies. 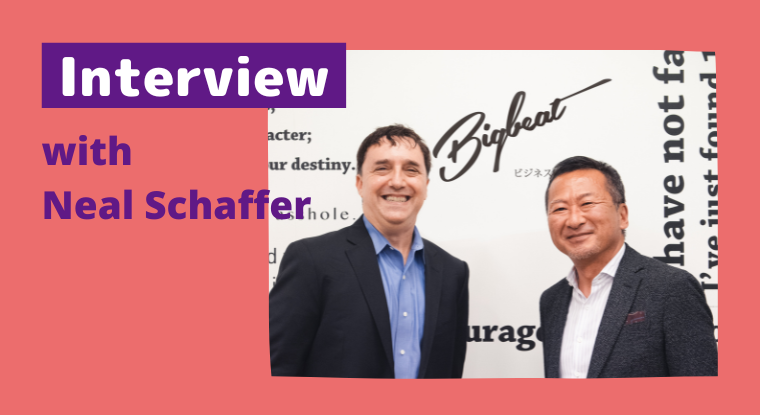 "Focusing on the person" is now required in B2B marketing as well.

The results of the analysis of social Media showed that B2B has become more "human" as well. What kind of change? The keyword; Empathy, shared experiences, shared values.

The COVID-19 disaster has changed the way people work and do business around the world. What are some of the changes you have noticed in Europe and the United States?

Neal Schaffer:
The impact of COVID-19 is accelerating this trend.

We believe that the "increasing number of social media posts" even in B2B means that B2B marketing is becoming "more human.” An analysis of social media sites of major U.S. companies found that posts about "people" were the most engaging. Salespeople posting selfies on LinkedIn is one example of this, and there is no doubt that there is a growing emphasis on "human connections.” No one would think of building a relationship of trust with a logo, would they?

Since COVID-19, there has also been an increase in communications related to "people," such as phrases like "we also support hospital workers.” Such communication of corporate stance and values not only leads to social trust, but also contributes to building a better relationship with employees who say, "my president is saying what he should be saying.” 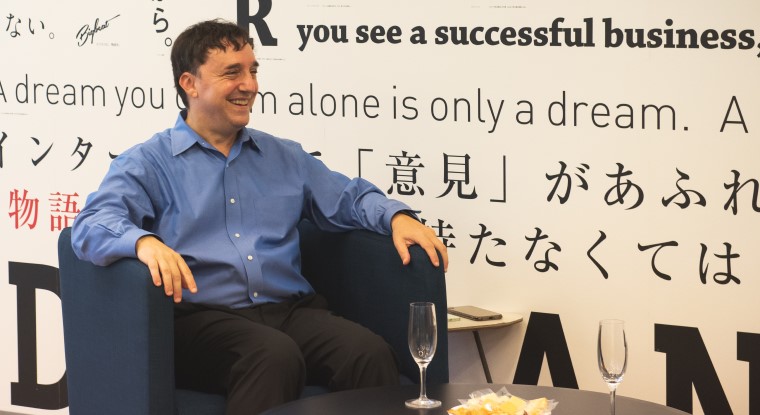 Yutaka Hamaguchi:
Why is it that even in B2B, "people" have become so important and "human nature" is so sought after?


Neal:
I think it is largely because COVID-19 has created an environment in which we are divided and cannot meet in person. “Empathy”, “shared experiences”, and “values," which we had been able to share offline, now need to be communicated online, mainly through social media.

Therefore, there will be a movement to share "character" by transmitting "human-like" content (sometimes including emotional posts) that had not been transmitted before to social media. Through this kind of communication, even under COVID-19, it is now possible to empathize with companies, share values, and build trust online.

The focus of management culture is also shifting to "people".

Neal:
As various services become commoditized, even in the B2B market, it is not uncommon for businesses to be born when people who share a company's values say, "I want to work with this person or this company.” Similarly, it is important for employees to feel something in regards to not only the salary, but also for the values and environment of the company they work for, and to be able to say with pride, "that's why I work here.”

Communication from the company and its employees will bring about sympathy for the values from both inside and outside the company. The more open the company is, the more trust is likely to be placed in the company.

Neal:
While more emphasis is being placed on "people" in this way, so-called "Employee Advocacy," in which companies utilize their employees to become brand ambassadors using various social media platforms, is still in its infancy in Japan. However, even in the U.S., there are some employees who say they do not want to show their faces, so I believe there are even more employees in Japan who are reluctant to do so.


Yutaka:
I think there are even more employees in Japan who are reluctant to put their faces out there.

Even in Japanese companies, "people" like influencers are attracting attention, and some startups are actively encouraging their employees to send out information, but in the grand scheme of things, this is still a small portion of the total. 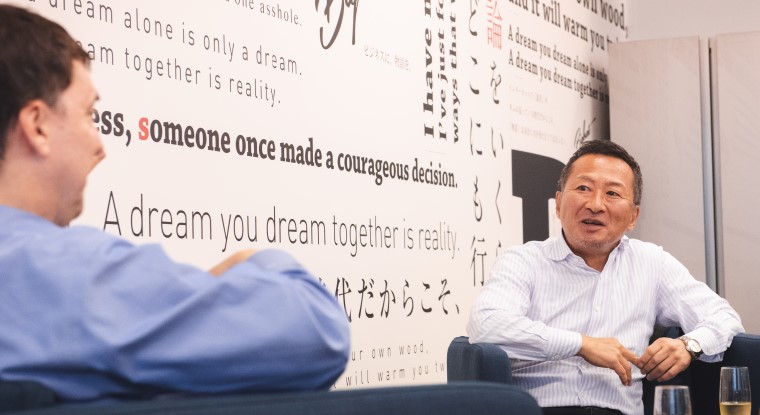 Rather, it is the colleagues, customers, and partners with whom you work who are the best community and influencers. Simply spending money and relying on outside influencers will not convey the values of a company.

Neal feels that digital marketing will be promoted more.

Yutaka:
From Neal's point of view, what do you think B2B marketing in Japan will be like in the future and how do you think it should change?


Neal:
It is my subjective view, but I think that digital marketing will be promoted more in Japan in the future. However, if we try to immediately deploy what we have seen in the West, it probably won't work. First of all, it is necessary to understand Japanese culture, which is conservative and risk-averse.

If this is deployed in Japan, it may not work immediately.

-> Conservative. Closed. Understand the Japanese character.
-> Times are changing. Japan has a chance to change its corporate culture. The center of management culture is also "people.
-> For example, in-house events like this have been effective in Japan.

Yutaka:
In the U.S., where there has always been an online culture, there is a difference.

Unlike the U.S., which has always had an online culture, Japan, with its emphasis on in-person, is still conservative about digital things, with webinars and online events having only just crossed the chasm after COVID-19. Many Japanese managers are still trying to figure out how to demonstrate their values and policies as a new hybrid way of working between real and online is emerging.


Neal:
One of the differences between Japan and the West is "time spent on social media." According to a survey conducted in February 2020, Japan ranks last in the world in terms of time spent on social media by individuals, and even on a business basis, only South Korea has a lower rate than Japan. If Western companies are looking to expand their business to Japan, they must first understand the nature of Japan. 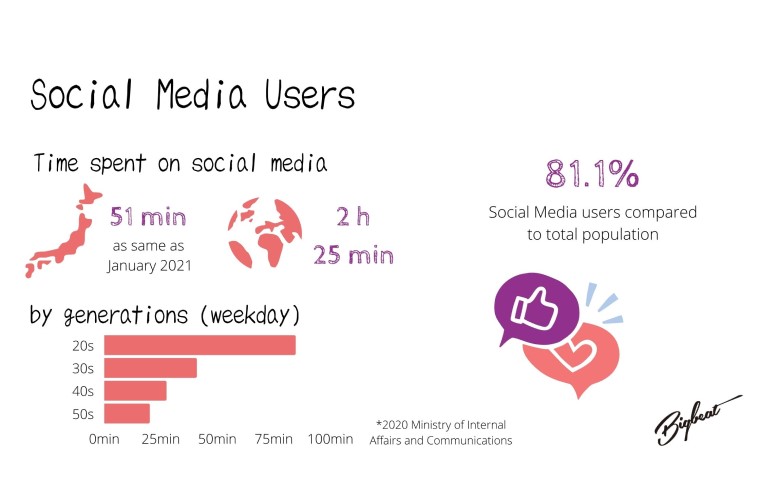 * The article, Social media usage in Japan is available.

Yutaka:
These changing social times are also an opportunity to break out of the traditional Japanese corporate culture, aren't they?

While U.S. companies are based on the premise of a diverse group of people from different cultures and countries to begin with, Japanese people have been able to get by with a culture of "understanding without saying anything," but with COVID-19, online communication has taken center stage, and a situation where "if you don't say it, it won't get across” has emerged. This is an opportunity to review and rebuild the corporate culture together with employees.

In March of this year, Bigbeat produced a video with the catchphrase "This is Why We Are Here" to co-create and communicate the corporate culture together with employees. We produced this video together with our employees.

Yutaka:
The "here" in "That’s Why I'm Here" does not mean that employees are forced to "work at Bigbeat.“ Rather, we wanted each employee to have an opportunity to think about what it means to be working "here" in the midst of the changes at COVID-19. We wanted this video production to serve as a catalyst for dialogue between management and staff, and to create a corporate culture together with employees.


Neal:
This is another great "event" that reexamines corporate culture through the participation and involvement of various "people.”

Introduction of what Mr. Neal wants to do in the future. -To communicate to 1,000,000 people and to change the way marketers and management are influenced.

Yutaka:
We have talked about the differences and similarities between Europe, the U.S., and Japan in terms of changes since COVID-19, but what are Neal's own prospects for the future?


Neal:
I want to contribute to "one million people each year being able to better market and manage their own businesses."

My blog is accessed by more than 100,000 people, and I communicate the value of cutting-edge marketing concepts and ideas. The target audience also ranges from corporate executives and marketers to university students.

I am planning to teach a lecture on influencer marketing at UCLA EXTENSION.

In the future, I would like to start a non-profit organization that provides learning content for free, like the Khan Academy in the U.S., and contribute to improving the digital literacy of the world's best marketers.


Yutaka:
That is a wonderful vision. What kind of initiatives do you have in mind for Japanese companies?


Yutaka:
That is very exciting. Let's continue to work together to re-create new B2B marketing and corporate culture, incorporating not only events but other media as well. 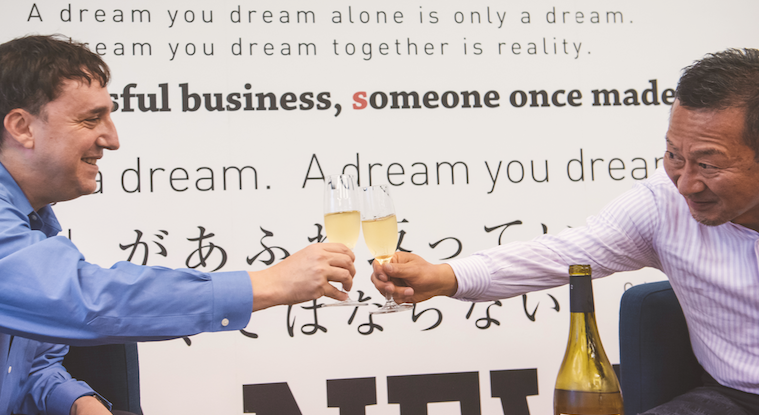