The largest video game trade show, the Tokyo Game Show, was held from September 12 to 15 at the Makuhari Messe Hall. 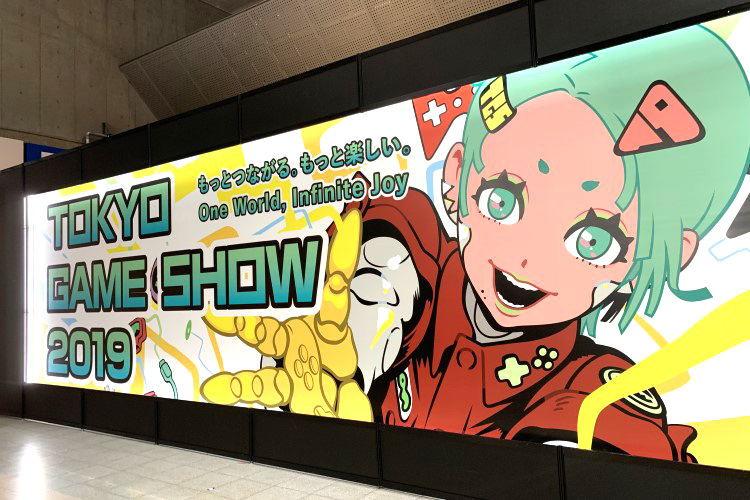 While video game culture in Japan receives a lot of attention world-wide, e-sports, which has already taken a huge foothold in other countries, is still in the early stages of market development. 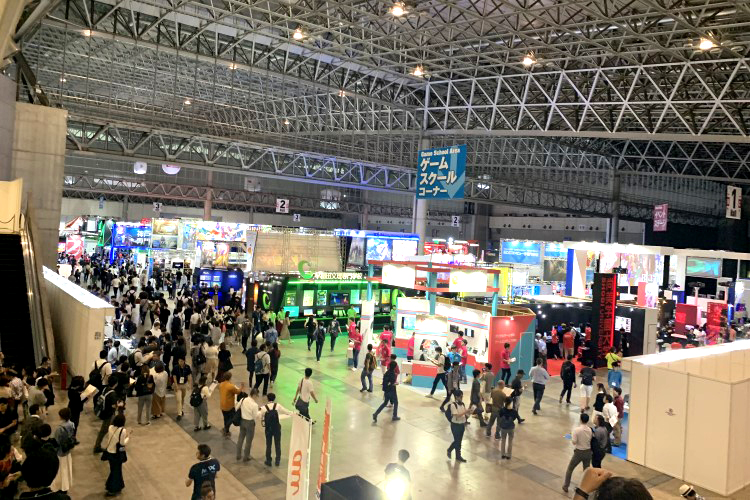 Bigbeat helped April Knights Inc., who are promoting the growth of e-sports in Japan, with the planning, design, and construction of their booth at the show, where they introduced their new product ‘cogme.’ 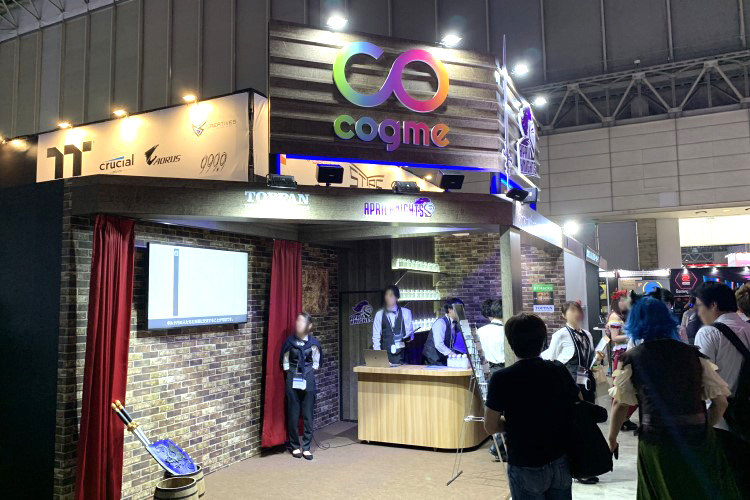 The was the first exhibition show for April Knights, whose vision is ‘A society for gamers envisioned by gamers.’
cogme, their main product at the show, is a communication promotion app that is targeted towards adult gamers. In Japan, video games have been regarded as ‘toys’ for children, but recently this awareness is fading, and the frequency of corporate hosted game competitions is increasing.

cogme is a service that opens game events and matches you with people that you can play together with. It gives the ability for adults who like videos the opportunity to make connections with other adult gamers. The application also gives a sense of belonging to gamers at corporate hosted competitions. 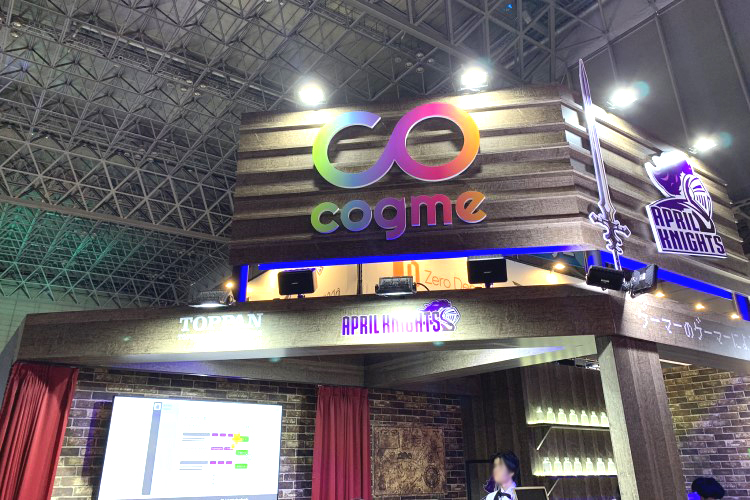 A place where adults go to relax

Since this was April Knights first time participating in an exhibition show like the Tokyo Game Show, Bigbeat proposed the booth design and supported them at the game show. The client wanted the booth to be a ‘place where adults go to relax’ and wanted the booth to have the image of a tavern in an RPG.

Our staff at Bigbeat was dedicated to ensuring we design a booth that it realized the April Knight’s image. But Bigbeat did not only help with the overall design, we also supported the design and creation of the small details of the booth, such as the posters and decorations.

In the end, we were able to create an atmosphere that felt like it really belonged in an RPG. The operation staff also wore bartender clothing to help with the immersive feel of the booth. 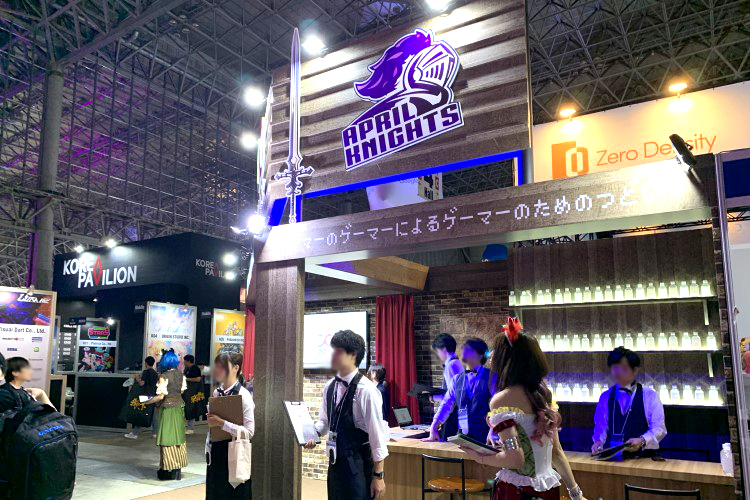 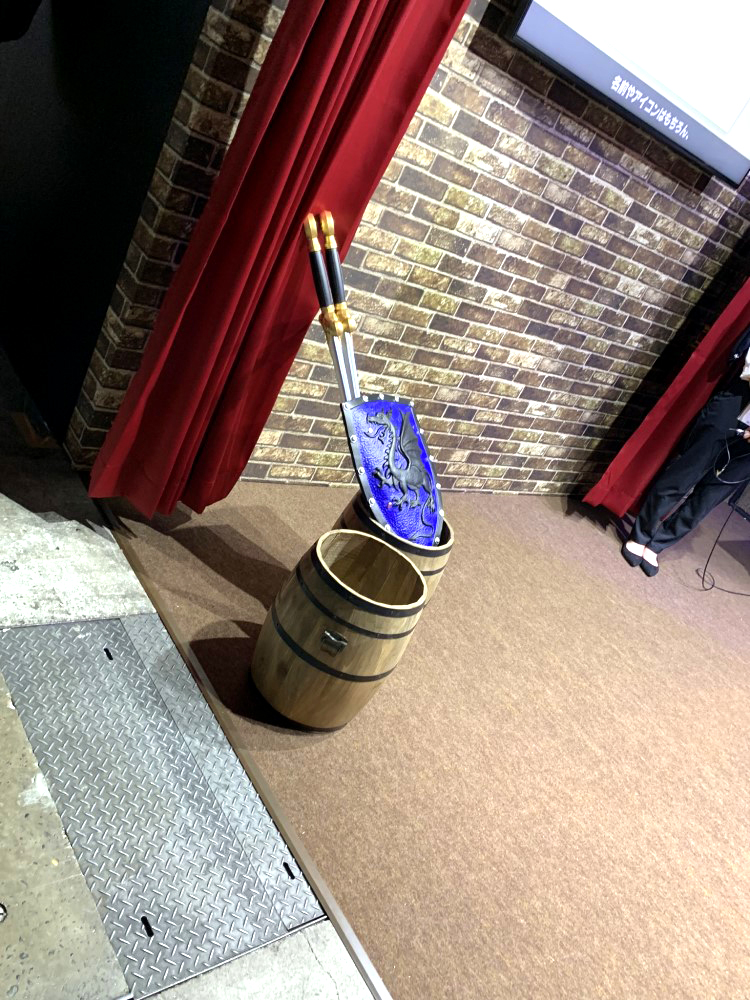 A versatile booth: going beyond the boundaries of B2B and B2C

The first two days of the Tokyo Game Show are the business days while the last 2 days are general admissions. So, even though it is the same exhibition show, the feel and target greatly change depending on the day. For this reason, the bar counter’ of the booth was designed so that it could moved and changed for the general admission days, allowing the appearance and layout to be changed to match the target of the day.

Recently, there has been a lot BtoC exhibitions that feature BtoB products in business that goes beyond the boundaries of BtoB and BtoC.

Bigbeat considers the target audience and our client’s vision when designing an exhibition booth so that it is effective at marketing your company and product. 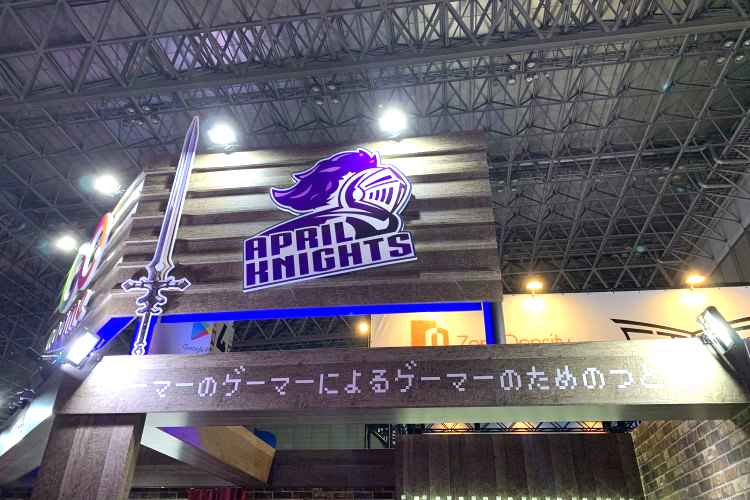 The ‘BtoB video game business’ is a growing market in Japan and for those companies thinking of entering into it, consider Bigbeat for help in marketing your appeal.  You can contact us here!